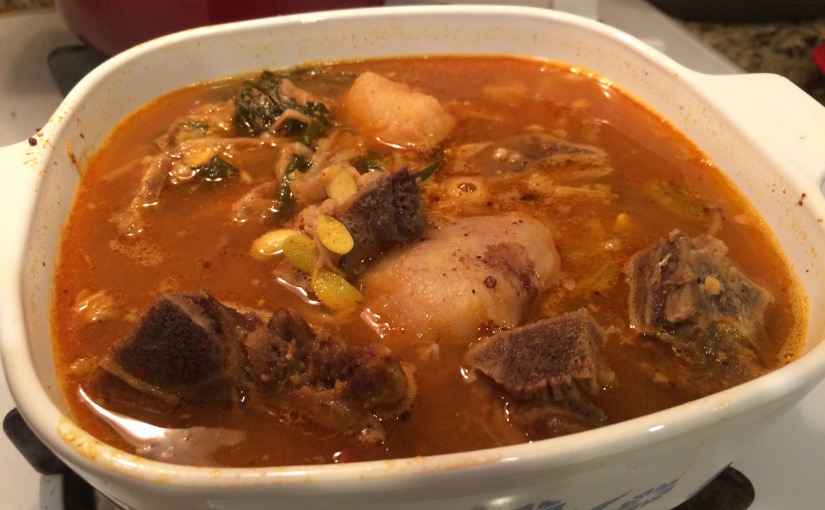 A few months ago we picked up a frozen stew that was recommended to us by a friend of The Girl. After he promised that it would not be rocket-hot spicy, I was game.

I figured it would be good if served with some rice, so, while the rice cooked in my steamer (a laughably small steamer, according to our resident rice expert International Guy), all I had to do was heat up the stew in a micro-safe dish.

Between The Husband, International Guy and me, we all decided that it isn’t too bad. It’s not too great, either. I think it would be good choice if you had a cold- just enough spicy heat to help clear your head. The potatoes didn’t fare too well with the defrosting, as potatoes are wont to do. But, the broth had a decent flavor. The pork smelled great, but was stringy and dry. And it was more of a soup than a stew- no need to serve over a rice or noodle.